UMP campus community got together to perform the ‘korban’

Universiti Malaysia Pahang (UMP) campus community organised the religious ritual of sacrifice or ‘korban’ of six cows in conjunction with the Hari Raya Aidiladha celebration organised by the Islamic Centre and Human Development (PIMPIN) on August 14, 2019.

The programme attracted 42 donors comprising staff and members of the public. It started with the slaughtering of the cows at 9am and ended around noon at both of its campuses in Pekan and Gambang.

They were assisted by 80 volunteers who helped in the slaughtering, cutting and distributing of the meat.

According to Ustaz Md. Abdu, ‘korban’ was something that the religion placed great emphasis on as part of the rituals to be closer to Allah SWT.

It began on the first day of Aidiladha which fell on the 10th of Zulhijah and the three tasyrik days – 11th, 12th and 13th of Zulhijah, he said and added that the ritual touched on the concept of sacrifice and sharing of sustenance.

“UMP also offers staff who wish to perform the korban through monthly salary deduction from as low as RM20 ad this will facilitate them to do the korban next year,” he added.

Also present at the programme was UMP Vice-Chancellor, Professor Ir. Dr. Wan Azhar Wan Yusof who mingled with the volunteers and distributed the meats to the staff and some of the local people. 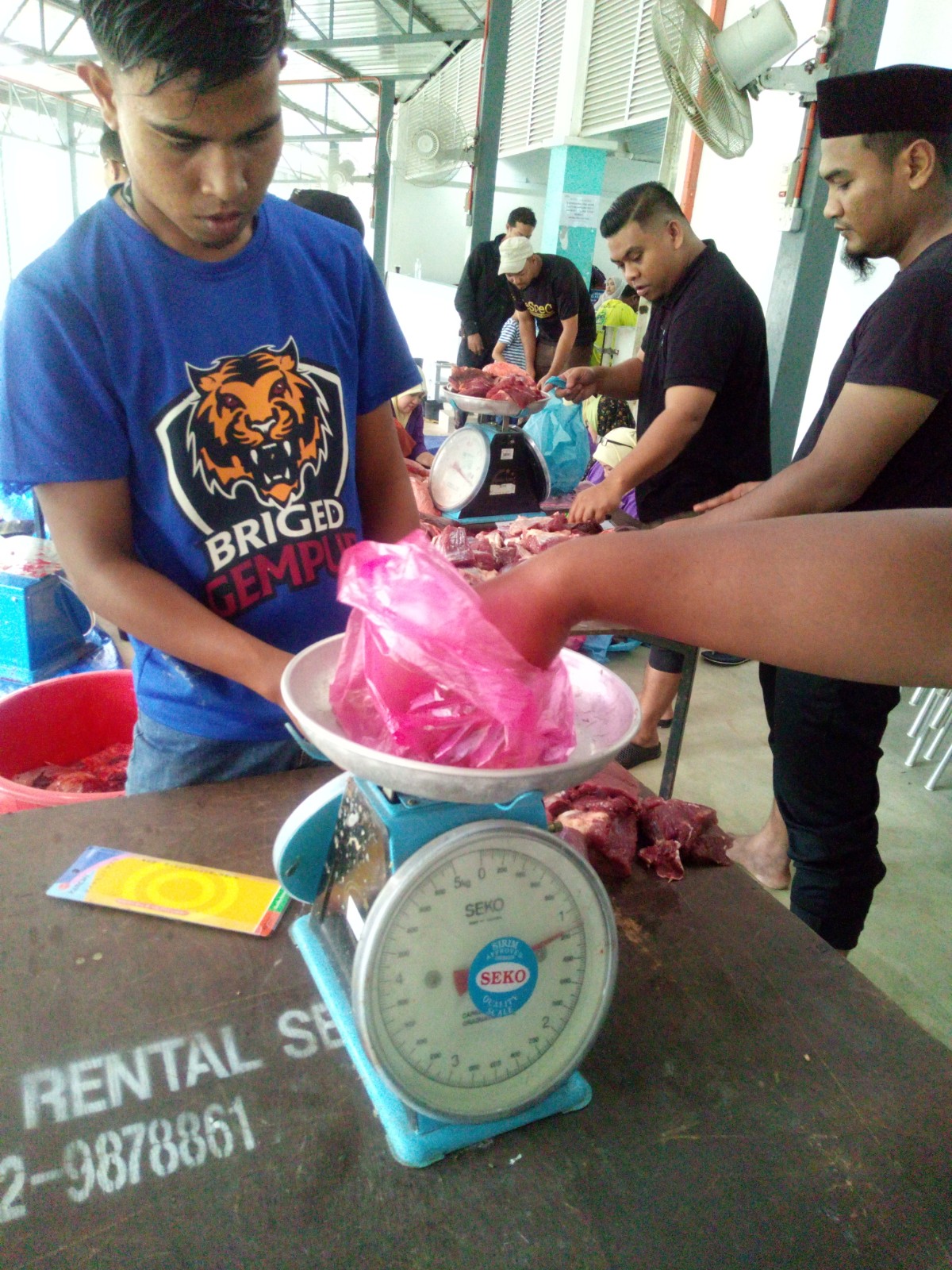 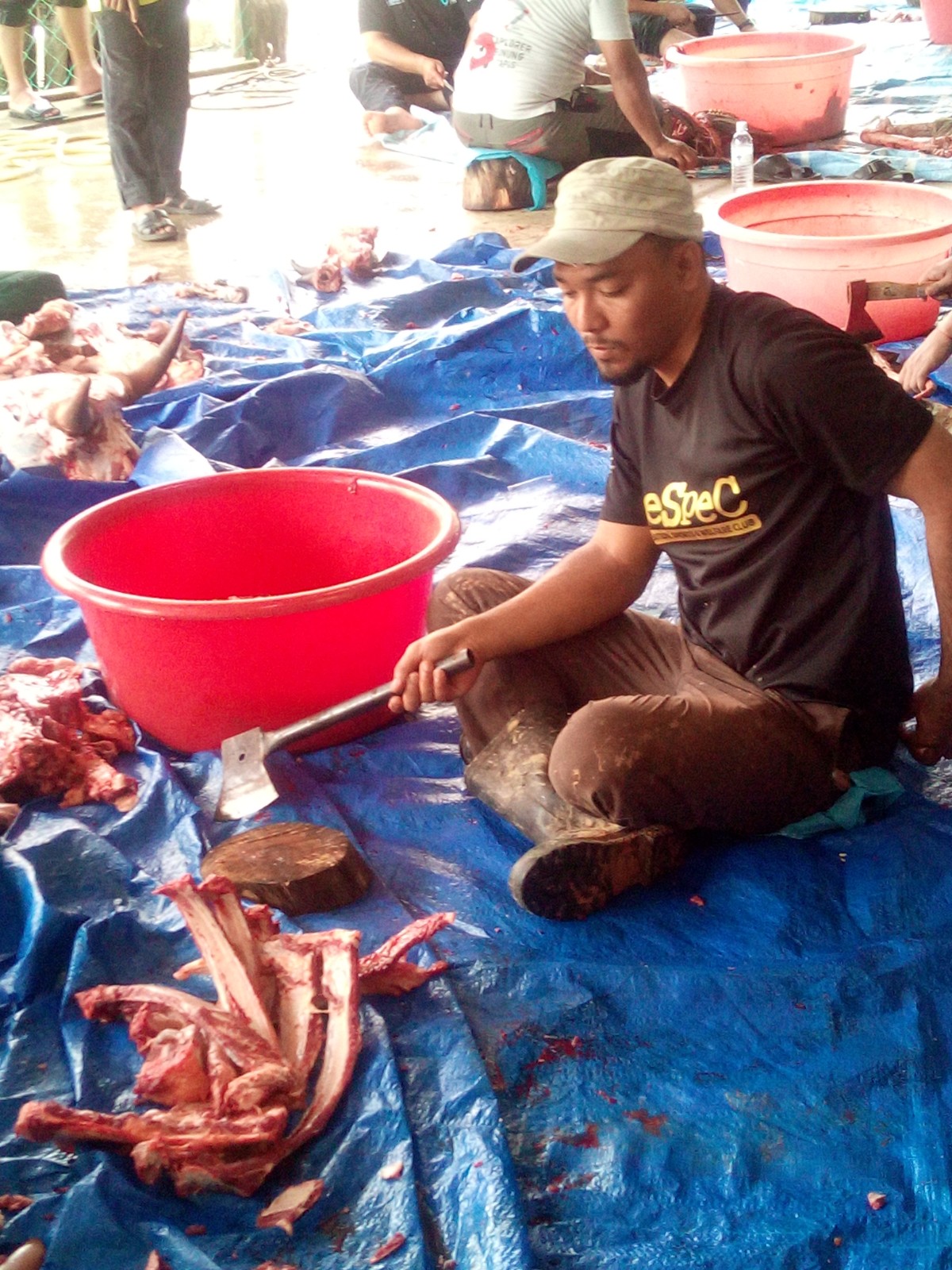