To commemorate the 17th anniversary of the foundation of Universiti Malaysia Pahang (UMP), the Alumni Industry Networking Hi-Tea programme for the Northern Zone on March 2, 2019, saw a successful gathering of 60 alumnus, who happily reminisced their student days and campus life at the university.

Organized by the Alumni Relations Unit of the Department of Student Affairs & Alumni (JHEPA), in collaboration with the Department of Industry Network & Community (JJIM), the hi-tea was held the The Light Hotel in Seberang Jaya, Penang. 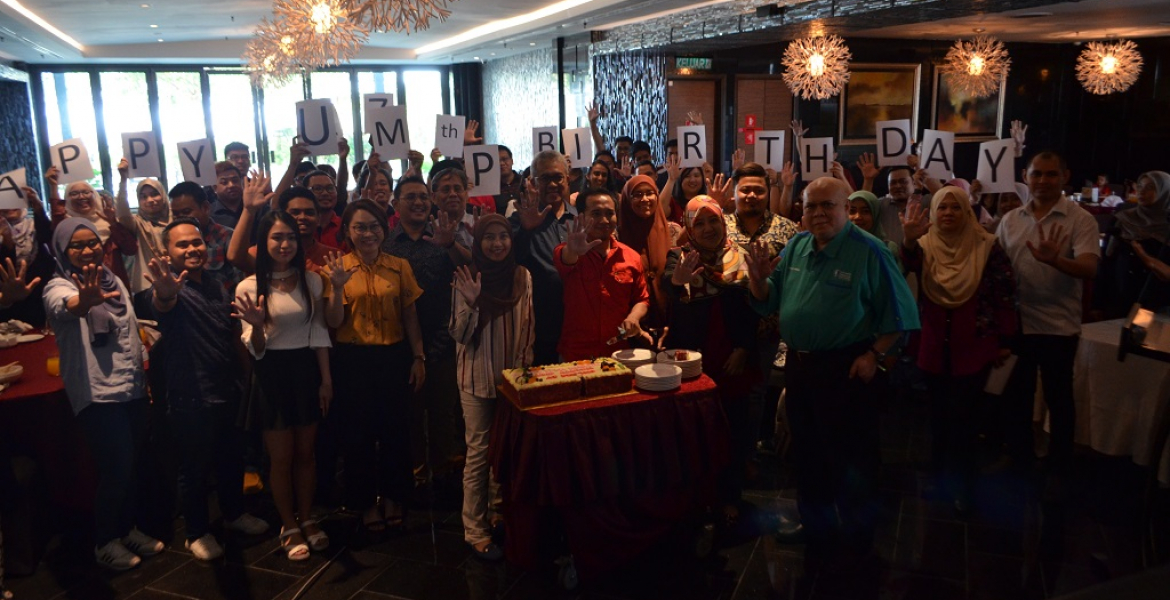 At the gathering, Professor Dato’ Dr. Yuserrie shared the latest updates on UMP, including a preview of INAP. He also exchanged ideas with the alumni, encouraged them to update their contact details into the latest database system and highlighted how importance the alumni’s contributions or endowments would make to help upgrade the university.

“Alumni are encouraged to update their details in the latest database system at the university, which was upgraded last year,” he said, emphasizing that such move will help foster a stronger bond between the alumni and the university, and it will help UMP keep in touch with them.

Meanwhile, Dr. Irene Ting stressed that the alumni also play a vital role in improving the university’s future ranking, and hence, it is opportune for them to contribute to their alma mater, directly or indirectly.

On that note, Amir Ashraf chipped in, sharing the present structure of INAP’s committee as well as the planned collaborations between the university and its alumni for a long-term positive impact for both parties. Commending the networking hi-tea, Muhamad Saiful Azrul Hassan, who graduated in 2016 with a B.Eng (Hons) Mechanical Engineering (Automotive), said such programme is a good opportunity for him to get to know other alumnus and foster good relationships post their university days.

“Nothing makes an alumnus happier than to get together with former university friends, and this can also be an effective platform to strengthen the ties between UMP and its alumni,” he exclaimed.

Concurring, another alumnus, Nurul Izzati Pandak Jabo, who graduated with a B.Eng. (Hons) Electrical Engineering (Electronics) said the networking programme must prevail as it helps alumni keep abreast with the latest updates on the university, such as its Quacquarelli Symonds (QS) Ranking.

“With such update, alumni can help the university work on achieving its objective to elevate its ranking,” said Nurul, who was thrilled to celebrate UMP’s 17th anniversary, which fell on February 16, with the other alumnus.

The Alumni Relations Unit is committed to build on the good relations with its members, and endeavours to conduct similar programme for alumni in the Southern and Eastern Zones, as well as for the ones in Borneo.